Louisa is not the only one to have been upgrading her home. Adam is on to his sixth house renovation and, because an architect’s house is never finished he has recently completed the latest phase (he says it’s phase 4 of 6!) at the house he shares with Catriona, his wife and Spacemaker marketing partner.

We wanted to achieve a better relationship between the house and the garden, so that rather than walking through a lobby between the downstairs loo and the boiler cupboard, the kitchen would open directly onto the side garden.  We also wanted to replace the loo, (which was very much the smallest, coldest room in the house) with a proper shower room en-suite with the study/bedroom 4, so that we had the capability in future of looking after one or other of our mums, both of whom are currently enjoying their old age.

The extension to the kitchen is tiny – only 1.881 metres deep by 2.597 metres wide by 2.1m high – but the difference it has made is enormous.  Because that end of the kitchen was single storey with a pitched roof over, we were able to remove the old flat ceiling to expose a large void and create an airy volume at the end of the kitchen just before the new extension. Velux roof lights in the sloping ceiling and sliding/folding doors on two of the three external walls to the extension let west light flood into the kitchen.  The tapering planes of the ceilings also give the space a false perspective so that the whole seems longer and higher than it really is.

This part of the house is now probably the most inhabited during the day, even in the winter, and really comes into its own in the summer when we can open the bi-fold doors and let the garden into the house. 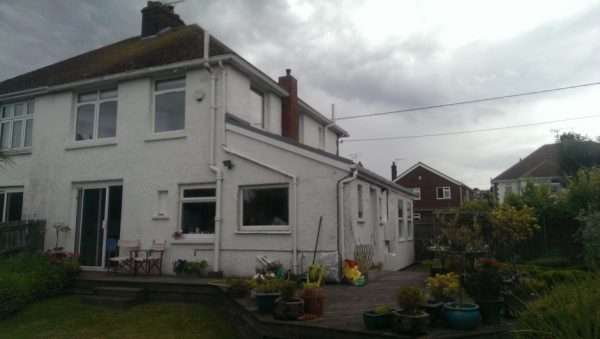 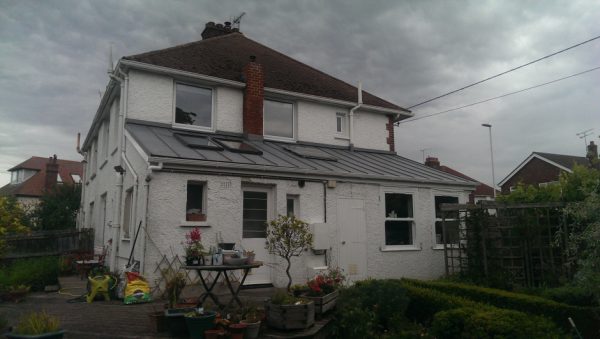 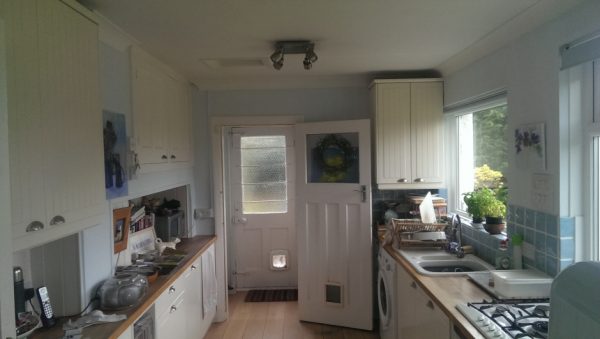 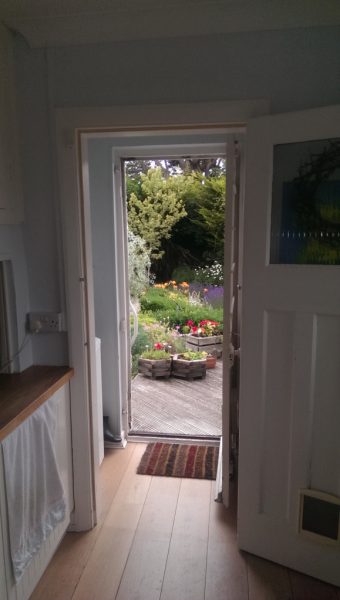 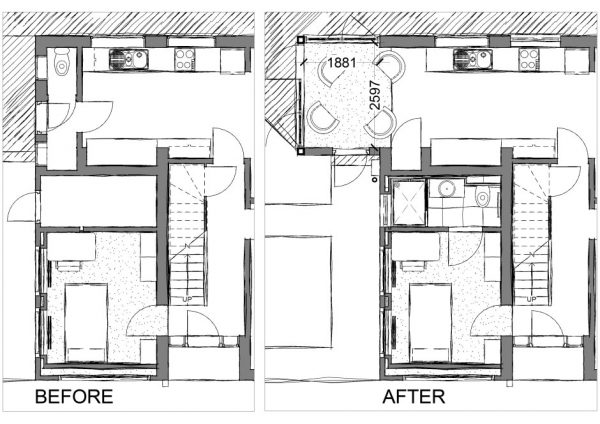 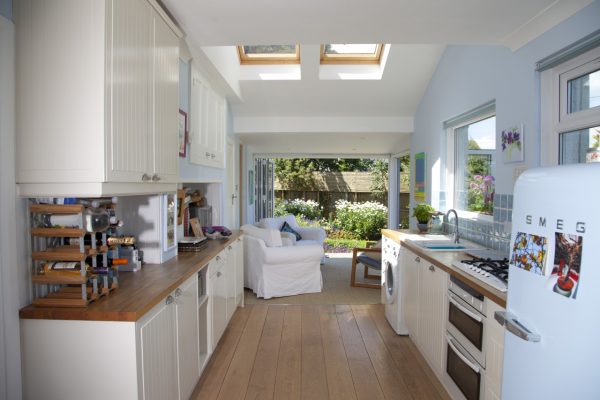 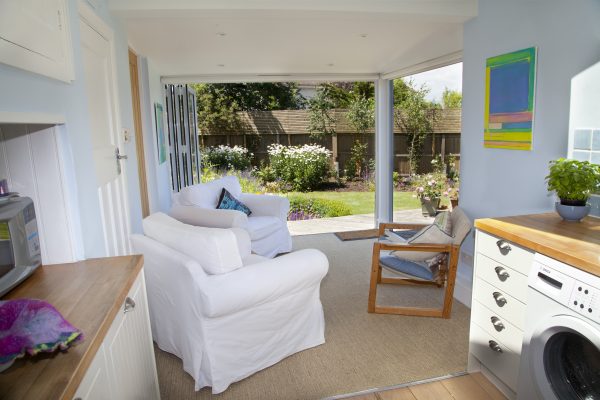 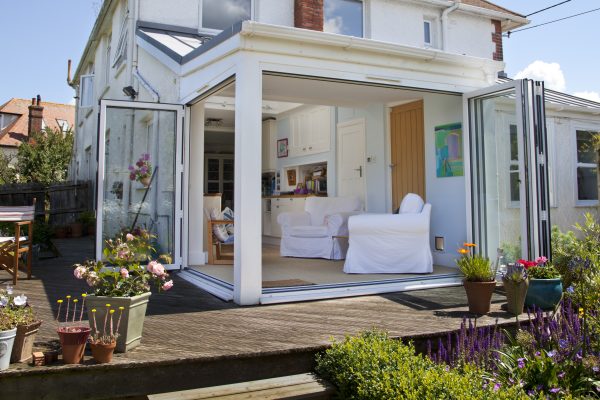 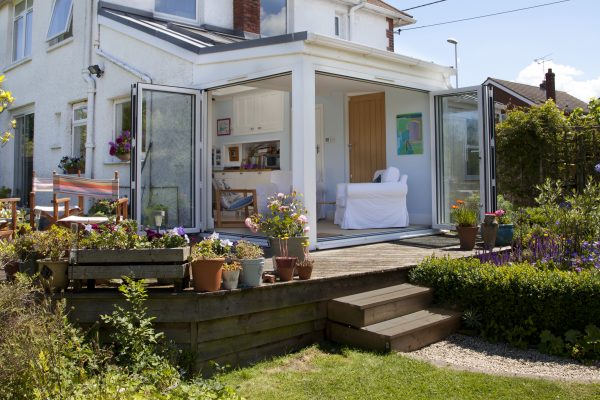 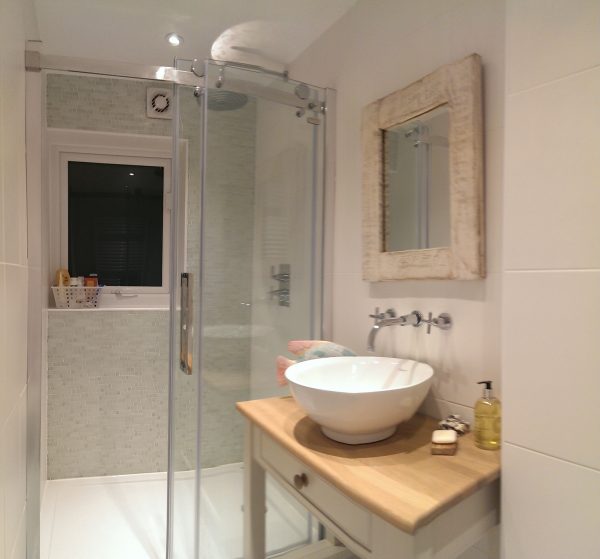 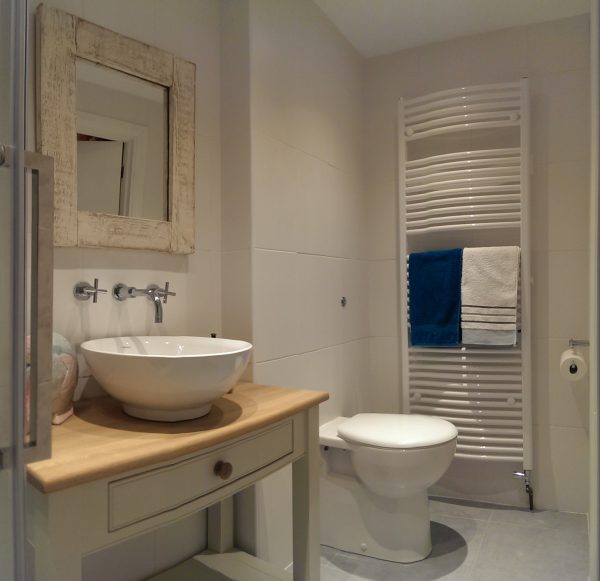